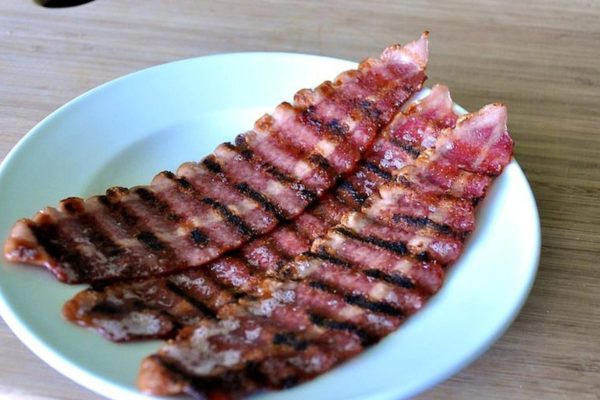 Turkey bacon is already a popular option amongst many households for those who choose not to eat pork for religious or personal reasons, particularly as a Halal option. However, beyond the taste and the availability of such a helpful alternative, it could have some nutritional benefits all on its own! Here, we’re going to look at the health benefits of turkey bacon and why it could earn its place in your diet.

Turkey tends to have lower calories than other meats and the same goes for turkey bacon. One portion contains around 30-33 calories. Within those calories are the macronutrients which are essential to the body, burned to provide energy. Turkey bacon is low in carbohydrates, containing about a third of a gram per slice, while it contains between 2-3 grams of fat. While fat intake should be carefully measured, it is still essential. Fat is the most efficient source of energy compared to carbs which tend to be harder for the body to lose. What’s more, they’re essential for both vitamin absorption and hormone regulation. If you’re on a calorie-controlled diet, turkey bacon can make an excellent snack and the source of fat you need.

Just as there are 2-3 grams of fat in turkey bacon, there’s also slightly more than 2 grams of protein. Protein is the building block of muscle growth, ensuring that muscle can repair efficiently after exercise. Though not as pronounced, it plays a large role in building bone and cartilage, as well. Furthermore, protein weighs in on all kinds of hormone and enzyme production. A protein deficiency can be incredibly dangerous but, unlike fat and carbs, the body doesn’t hold onto stores of protein, so it needs a near constant supply.

Fat, carbohydrates, and protein are all macro-nutrients and present in most kinds of food. However, there are some micro-nutrition needs that turkey bacon can help you fulfil, too. First of all, turkey bacon is particularly high in iron. Iron is vital in the role it plays in red cell function. Without it, you don’t have enough cells that are able to circulate oxygen around the body, which can result in hypoxia and hypoxemia, which can cause serious damage to your vital organs.

Zinc is another micro nutrition essential that can be found in high supply within turkey rashers. Zinc plays a small, but diverse role all throughout the body and is involved in all kinds of functions. It plays a large role in the immune system, for instance, helping to fight off disease. Being low in zinc can make you much more susceptible to all kinds of bugs and viruses passing around. Furthermore, it plays a key role in cell production and division, which is important for many things including faster healing from wounds. Zinc is the medic of the body, so it needs to be kept in supply.

Turkey bacon is best treated as a treat amongst an otherwise healthy diet. While it shouldn’t be everything you eat, there’s no denying that it does have some nutritional value and is worthy to be included in any Halal diet. Perhaps it’s time to make the change.

Frozen Halal
We are one of the UK’s leading producers and retailers of quality Halal food delivering across the UK right to your door! We are big on quality, taste and consistency. Get free delivery when you order over £75!
Next Post 5 Halal Treat Ideas for Your New Year’s Eve Celebration